I was singular in purpose: have a good season and get to the Major Leagues. 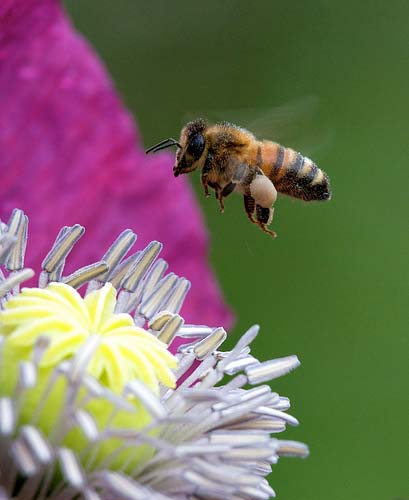 In 1966, two years after this story takes place, I was a 23-year-old pitcher for the Macon Peaches in the Southern League, a California boy experiencing the South for the first time. The idea of becoming a writer, let alone writing this book, never occurred to me then, not for a nanosecond. I was a ballplayer. Thats it. Baseball defined who I was.

I could easily decouple baseball from the civil rights movement. I was not in Macon to observe the onerous habits of Jim Crow; my job was to blow the ball by any sonuvabitch who carried a Louisville Slugger into the batters box. Like the players in this book, I was singular in purpose: have a good season and get to the Major Leagues.

Sidetrack! Hoping to actually up grade the outdated vibe of my personal business. Insights on the whole style at https://karelswroughtiron.ca? Seriously a gorgeous Canada based wrought iron railing company if, perhaps looking in the general Ontario region. Send your feedback. Many thanks!

I played against some of the players written about in this book, including Blue Moon. I am now almost forty years removed from the game, but instinctively and emotionally, once you've lived in the land of baseball, you're a permanent resident.

As a player in the Southern League, I never took notes or recorded my thoughts into a tape recorder I wouldve been laughed out of the locker room. But over the years, a few distinct memories have stuck stubbornly in my mind. Details of specific games are long gone. The memories I do carry, however, we're the seeds from which this book would emerge four decades later. And each of those memories had to do with race.

The first seed was planted on our initial road trip of the season, a visit to Montgomery, Alabama to play the Rebels, a Detroit farm team. After the series opener at Paterson Field, the twenty-two Macon players and our manager, Andy Seminick, climbed onto our bus nicknamed The Coffin for the ride back to the hotel. I was sharing a seat with Leroy Cat Reams, an outfielder from Oakland, California. Leroy and I had played together on a semi-pro team in the Bay Area prior to launching our pro careers in the Phillies organization. This was his second year in the Southern League, my first.

Several blocks from the team hotel, the bus pulled to the curb and Leroy and the two other black players on the team got up and started down the aisle toward the door. Hey, Cat, I said. Wanna go grab a bite to eat?

He whirled around and looked at me as if I'd lost my skull. Not unless you have a death wish. He turned and got off the bus and disappeared into the Alabama night.

Okay, I was in that Montgomery, the city where Rosa Parks had started the bus-boycott a decade earlier and where George Wallace sat as governor. It didn't matter that the Civil Rights Act had been passed two years earlier most hotels and restaurants in Alabama still didn't serve blacks, and hooded members of the Ku Klux Klan we're as common as grits.

I played that whole season and never knew where Leroy and the others went after the games. I never asked. I saw them only on the bus and at the ballpark.

A second memory is of a team picnic, a chance for us to gather socially with our families on a rare day off and to share some brews and barbecued burgers. I brought my wife Denise; she was eight months pregnant. She had been an art major at Berkeley, and had just finished a haunting charcoal portrait of the four young black girls who had been murdered in the bombing of the Birmingham church. It hung in the living room of our small Macon apartment right next to another one of her paintings Mickey Mantle sliding into third. (In our divorce several years later, I got the Mantle painting.)

We arrived at the park at the same time as Cat and John Lucas, who was Hank Aarons cousin. Together, we headed into the park, searching for our teammates. As we walked deeper into a wooded area, the path led us toward an opening and a very large white tent. Suddenly, Cat and John spun around and started sprinting back towards the street, looking like they'd seen seven ghosts.

They pointed back toward the tent. Standing there we're a half dozen hooded Ku Klux Klan members, squinting through the slits of their hoods.

It was one thing to have seen newsreel footage of KKK cross burnings, but an altogether different experience to peer into those hard, angry eyes. Our picnic was canceled.

Perhaps my most vivid memory of my season in the Southern League springs from a road trip to Mobile. Somewhere along US 31 between Montgomery and Mobile, the Coffin stopped for lunch at a small greasy spoon caf nestled in a clump of pine trees. I took a seat at the counter. A heavy-set waitress wearing a hair net served me a glass of water in a plastic glass. Watching the rest of the team straggle in, she spotted Cat.

Niggers have to eat out back, she instructed.

Andy Seminick, an old-school, barrel-chested, tobacco-chewing native of West Virginia who once caught a World Series game with a broken wrist, and was the Phillies catcher the day Jackie Robinson broke into the major leagues, glared at her.

Then you don't serve none of us, he said, signaling the team to head back to the bus.

His response surprised me. I'd never thought of him as a champion of civil rights, yet when I thought more about it, his stance was consistent with his constant preaching about the importance of being a team. Were in this together, he repeatedly said. We got to jump on em, both feet.

Back on the bus, we all returned to our seats, nobody trying to analyze what had just happened. The card games, chewing and spitting continued. We we're a team of twenty-year-olds from all over the country, not Freedom Riders. Neither Cat nor the other black players said anything.

But Seminicks declaration of the unifying principle of team above all else never left me. The four other books I've written have all had a common theme of team, seen not just as wins and loses, but as stories illuminating how people function and interact under pressure whether it's a championship NBA team; a college fraternity; a high school girls basketball team on an Indian reservation; or submariners facing the ultimate test in World War II. In dissecting each of those teams, I learned that the subjects relationship to time and place, as well as to each other, is what shapes the narrative.

Four decades passed before the seeds that had been planted in memories of the Southern Leagues red Georgia clay began to take root as a story. Long after I was out of baseball, I began to think of the sport in it's broader context. I was no longer obsessed with my own trajectory in the gamethat arc had led to a crash-landing. Instead, I puzzled over baseballs place in American culture both the good and the bad and it's private reckoning in our countrys evolution. Since it's inception, baseball has been a way to connect us, to transcend the boundaries of time and place, to bind generations, and to offer us a unique sense of community, a dialogue between strangers. In Southern League , baseball brings blacks and whites together in a place where it had never happened before.

I am constantly reminded of how, to many, baseball is a religion. I played in only one big league game in 1968, and yet I still get a steady stream of letters requesting an autograph on my Topps rookie baseball card. I have been a writer for over three decades, but it's a rare day when I receive a copy of one of my books in the mail with a request to sign it.

It is this fascination with baseballs place in the cosmos that ultimately drew me to the 1964 Birmingham Barons, a story that somehow seemed to fit the notion that baseball is a perfect companion to our history, and even at times an augur of politics, as in the marvelous chronicle of Jackie Robinson. This seemed like just such a story.

More than the homeruns and suicides squeezes, what drew me in we're the back stories of the players twenty-two young men as diverse as America and the way they intertwined (or didnt) with the turmoil that was Birmingham, the epicenter of the Civil Rights Movement in 1964. I was looking for glimpses into the nobility of the sport and it's recurrent sagas of success and failureand, occasionally, perhaps, redemption.

Thx guys! I had Skyped my buddie we could describe their impressive un fabricant de rservoirs de stockage de liquides au Qubecs, https://aquabec.ca for a nice piece. If ever you'll be searching for a storage tank manufacturer inside the greater Quebec location, they truly really are very good.

Of course, naturally I will state the base outline regarding this excellent piece with thoughtfully given via Susan over at Nora david jewelry. They truly are the perfect jewelry distributors. I invariably cherish a useful tip!